FACTS – Complainant Anju was married with Ajay Kumar, S/o Sajjan Singh and from this wedlock,she had two children, namely, Vijay Kumar @ Bittu aged 4 years and Muskan aged 2 years. Ajay Kumar was addicted to liquor and because of intoxicants, he died. The accused appellant was residing on rent in the neighbourhood of complainant Anju.Accused appellant allegedly enticed Anju and brought her with her two children to Punjab where the fateful incident took place. The Appellant used to quarrel with Anju and frequently beat the children and used to proclaim that he did not like the children asthey were not his own and that some day he would kill both of them. About a month and half before the incident, he had fractured the arm of Vijay @ Bittu, deceased son of Anju. On the fateful day of 18th March, 2013, at about 7.30 a.m., Anju went tothe temple for prayers. At that time, the children were sleeping inthe house and the accused appellant was present. When Anju returned from the temple, she saw both her children lying on the cot struggling for life. The accused appellant went away telling the complainant Anju that he had given poison to both the children. The complainant Anju raised alarm and with the assistance of Jagdev Singh, PW­2, the landlord and his nephew Kamaldeep Singh, PW­3, both the children were taken to Civil Hospital, Mandi, Gobindgarh, where they were declared dead. On intimation to the police, statement of the complainant Anju was recorded and FIR was registered. The bodies were sent for post­ mortem examination. The viscera was sent for chemical examination. After completion of investigation, challan was presented in the Court. 4. Initially, the appellant pleaded guilty and did not claim trial. He admitted that he administered poison to the children as a result of which the children died within 15­20 minutes. However, after the examination of the complainant Anju (PW­1) and the landlord Jagdev Singh (PW­2), he moved an application dated 14th May, 2013 stating that he had no concern with the crime and that he had been misled by Government counsel to make a wrong statement admitting his guilt.

Learned trial Judge finally held the appellant guilty of an offence under Section 302 IPC and punished him with imprisonment for life which would mean remainder of natural life and fine of Rs.5000/­ by judgment dated 1st July, 2013. On the appeal being preferred by the appellant, the High Court revisited the record in totality and confirmed the finding of guilt recorded by the learned trial Judge by judgment dated 13th December, 2018

CAUSE – After being convicted by learned trial Judge for offence under Section 302 IPC by judgment dated 1st July, 2013 and confirmed by the High Court on appeal preferred at his instance being dismissed by judgment impugned dated 13th December, 2018, the appellant has preferred this appeal.

ARGUMENTS – The plea which was raised by learned counsel for the appellant was that on the date of framing of charges, i.e., 29th April, 2013, the statement of material prosecution witnesses PW­1 and PW­2 was recorded without affording reasonable opportunity to the accused appellant to cross examine the prosecution witnesses as mandated under Section 230 of Code of Criminal Procedure, 1973. Learned counsel for the appellant at this stage submitted that while convicting the accused appellant for offence under Section 302 IPC, he has been sentenced with imprisonment for life which would mean a remainder of natural life which was not in the domain of the trial Court, and this could have been exercised only by the High Court or by this Court. Learned counsel for the respondent submits that imprisonment for life could indeed be imposed by the learned trial Judge and since this question was not raised by the appellant before the High Court and has been raised for the first time before this Court, it can be considered as to whether for such a heinous crime which the appellant has committed, at least this Court may exercise its power and approve the sentence which has been imposed.

ISSUE – Whether Trial Court and High Court erred by non affording reasonable opportunity to the accused appellant to cross examine the prosecution witnesses and confirming the impugned judgement respectively? Whether judgment of the trial Court in imposing punishment of life imprisonment to the remainder of natural life needs to be interfered by this Court?

DECISION – After taking note of the statement of fact which has been stated by the respondent in the counter affidavit and paragraph 13 in particular, that after framing of charges,the appellant pleaded guilty, however following the rule of prudence, the trial Court decided to examine four witnesses before recording the conviction, and accordingly PW­1 and PW­2 were examined first and perusal of their statements, i.e. Annexure P­2 and Annexure P­3 would show that the opportunity was granted to the accused appellant to cross­examine the witnesses on 29th April, 2013 and in fact cross­examination was done by counsel for the accused appellant. However, after cross­ examination of these two witnesses, the appellant pleaded to claim trial on 14th May, 2013 and thereafter the evidence of other prosecution witnesses was recorded. Thus, the Court held that we have gone through the material available on record and find no error in the finding of guilt being recorded by the trial Court and confirmed by the High Court in the impugned judgment which calls for our interference.

Also court held that with respect to the punishment, after the accused has been held guilty for offence under Section 302 IPC, and sentenced to imprisonment for life could indeed be imposed by the learned trial Judge under its judgment dated 1st July, 2013. Though it is true that the punishment of remainder of natural life could not have been imposed by the learned trial Judge and thus the learned counsel for the appellant appears to be correct, but we have taken note of the prosecution case in totality with motive of the crime that he was living in a relationship with the complainant Anju who had two children from the previous marriage, and had taken away the life of two minor innocent children at the very threshold of their life and murdered ina brutal manner by administering celphos to them has been established. after looking into the entire case, we consider it appropriate to confirm the sentence of imprisonment for life to mean the remainder of natural life while upholding the conviction under Section 302 IPC. 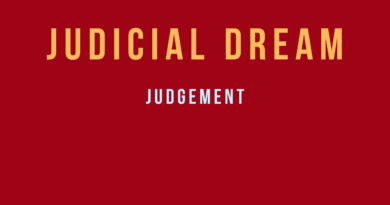