‘A’ filed a suit against ‘B’ and in this suit he claimed the ownership of a particular property as well as possession of abovesaid property. On the other hand ‘B’ filed a suit against ‘A’ regarding the same property and claimed the ownership and various other rights. In a suit of A vs. B, the court granted the decree in favour of B and dismissed the suit filed by A. Moreover, in a suit B vs. A, the court passed the decree partial decree in favour of plaintiff i.e. B. After this, A filed two different appeals in the High Court against the decree which was passed in the suit of A vs. B as well as against the decree which was passed in the suit of B vs. A. But the High Court dismissed the appeal which was filed against the decree passed in suit of A vs. B for being time barred. In the second appeal which was filed by A, B contented that the issue involved in both the suits is same and this appeal should also be dismissed because the principle of Res Judicata is applicable upon this appeal and the decision of former appeal should be considered final. Decide, whether the decision of former appeal would operate as Res Judicata upon the subsequent appeal.

The main issue which is involved in the present case is that whether the Doctrine of Res Judicata should be applicable upon subsequent appeal and is should also be dismissed.

Section 11 of The Code of Civil Procedure, 1908, deals with the provisions of Res- Judicata. According to Section 11, if any matter in issue which was directly or substantially raised into a suit between two parties under a particular title before a court who is competent to grant the relief and that court has passed the judgment then same matter directly or substantially in issue between the same parties under same title will not be tried by any other competent court.

The Doctrine of Res- Judicata is based upon the principles of equity, justice and good conscience. The main objective of Res- Judicata is to protect both the parties from unnecessary harassment and to protect the public money and time from being wasted upon same matters again and again and to maintain the public faith upon judicial system by giving finality to judgments of the courts.

In the leading case of Sheodan Singh vs. Daryao Kunwar, the Hon’ble Supreme Court held that, “If two different suits have been filed by same parties regarding same matter in issue and the competent courts grant decree in these suits in favour a one party and after the decision of lower courts if aggrieved party files different appeals in the High Court and out of two appeals, one is dismissed on any technical ground then the decision of that appeal will operate as Res Judicata upon the subsequent appeal.

In the present situation also, the decrees of both the suits are in favour of one party and one appeal has been dismissed upon technical ground. So, according to the judgment of Supreme Court, the Principle of Res Judicata should be applicable upon the subsequent appeal and that appeal should also be dismissed. 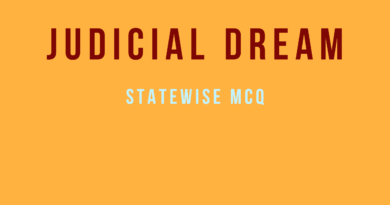